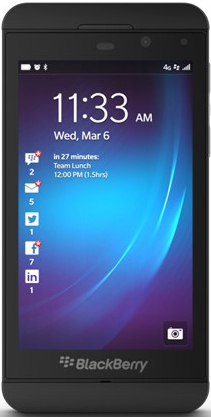 Previously in my attempts to upgrade my and my wife’s nearly five-year-old smartphones, I tried the iPhone SE. It didn’t go well. But at least there was no hurry to move off of our venerable Z10s.

And then the December update of BBM landed.

The consumer portions of BlackBerry Messenger for Android and iPhone were licensed by BlackBerry Ltd to the Indonesian communications technology company Emtek in 2017. Indonesia has a huge BBM userbase, and a huge Android userbase, so this made a lot of sense for both companies.

This left the company-formerly-known-as-Research-in-Motion with BBM Enterprise and keeping the lights on for the consumer BBM infrastructure supporting BBOS and BB10.

What this means is fragmentation. In much the same way that languages will evolve dialects when isolated, so too will previously-compatible software become incompatible.

In this particular case, the December Android and iOS BBM updated so that pictures added to BBM Groups were no longer compatible with the BB10 version of the app. This shows as a “Feature not supported” message and a link to a page that says “Upgrade to the latest BBM” if you are on Android or iOS… and “Upgrade your phone to an Android or iOS device” if you are on BB10.

I found this out when one of my friends updated his phone to a BlackBerry KeyONE and could no longer send pictures of how tall his son had gotten. (6’5″ last I heard).

That’s right. A BlackBerry couldn’t communicate with another BlackBerry. With BBM.

This was especially painful to us as we used BBM groups as a private, self-expiring social network. At this it was quite good: we could share photos and text with small groups made up of only those who might care, and the content would scroll off the top and eventually disappear without intervention. High signal, low noise.

Our friends stopped upgrading once they heard of our troubles, but things weren’t going to get any better if we waited. So on Boxing Day I ordered two BlackBerry DTEK50s from Amazon.

BlackBerry had stopped selling these in Canada, having licensed the device hardware business to Chinese manufacturer TCL under the name BlackBerry Mobile who is interested in selling BlackBerry KeyONE handsets and preorders for the BlackBerry Motion. As such, the only DTEK50s I could find were the EMEA editions, but they supported 2600MHz LTE on Band 4, which the towers throughout the province supported quite well.

I opened the phone and plopped in a SIM and suddenly realized just how BlackBerry an Android phone could feel. I don’t think I properly accounted for how much I would miss the BlackBerry keyboard, the blinking LED for notifications… and the Hub. Having all of my messages and stuff show in a single place really is the way I’ve become used to handling the volume of emails I receive.control

(( Of course this is anathema to the app model. Heaven forfend I control messages and data from aught but the app that owns the data. APIs, what’re those? ))

So I was mostly a happy camper. The notification settings weren’t as precise as BB10’s, I could tell within a day that I was going to miss Blend, and I had almost but not quite finished mourning the loss of “headers only” email download…

But there was a problem. The phone wouldn’t connect at anything higher than HSPA+. No LTE. Weird. I checked this before I bought it. Band 4 overlaps. Right?

After spending hours holding for carrier support and hours scouring the wide Web for help, I discovered no solution. There was nothing I could try. There were no leads to run down. The phone just stubbornly refused to connect to LTE, and likely never would.

This was a deal breaker. I wasn’t going to spend hundreds of dollars on phones that didn’t work, no matter how much I pretended that I wouldn’t mind since I’m on WiFi most of the time anyway.

So back they went to Amazon.

And back I went to a BBM that wouldn’t receive group pictures from a steadily increasing number of friends and family.

Something had to be done. And soon.